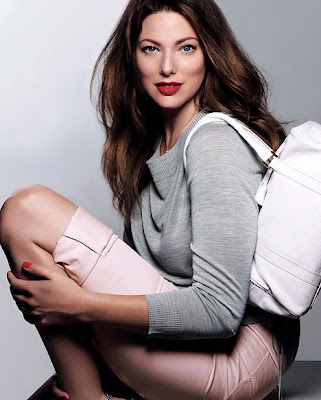 As a pre-teen she struggled with her weight plunging into the lonely world of anorexia that was exacerbated by entering the world of fashion modeling.
It all started in the early nineties when, at 17, she won a $75,000 Elite modeling contract and was whisked away from her family to dress in the clothes of divas and pose under the hot lights and glare of those who run the industry. Eventually at 19, she came to her senses and took a break for a few years.
After a break from regular modeling, in 1996 she ventured into the world of plus size modeling and eventually signed with the Wilhelmina Agency. She had found her niche. It showed in her eyes, her cheeks and her curves. She quickly developed a large fan base. 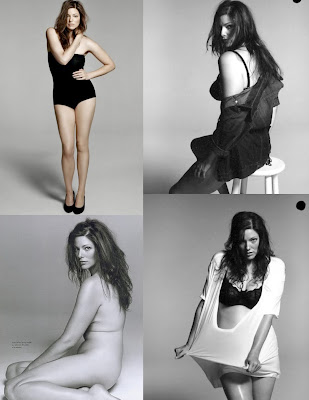 Over both of her careers Kate Dillion has modelled for such companies as: Chanel, Christian Dior, Elisabeth, Gucci, Lane Bryant, Liz Claiborne, L'Oreal, etc. She has strutted her stuff down the runways of Paris and she's graced the face of such fashion magazines as Vogue & Glamour. 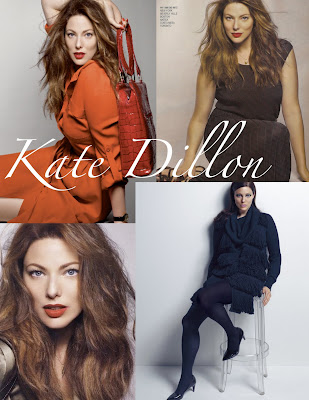 "I think most women feel they need to be thin because thinness, in our culture, somehow represents strength and self-containment.
To lose weight is to have ones life in order, while to gain weight conversely means one's life must be falling apart.
It's ridiculous! I know that when I gained weight was when I began to heal and come alive."
www.squidoo.com
More info and interview click here. :)
Labels: Plus size models