Can't believe it's almost been a month already!? So far it still feels like Im here on Vacation. I have my return ticket for the 30th of March, in two days, haha, obviously Im not flying back to Sweden (I got a round way ticket beacuse it was WAAAY cheaper then a one way ticket, strangly enough.) but, when that day passes and the next month passes and after me and Jason get married, it's gonna feel real! Like, this is reality, you're living in a new contry, far far away from your family and friends. You're starting a new life, you don't have your parents close to you, you're on your own. I feel really at home here though, always have, all the times I've come visit before I've always been welcomed with open arms, and me and Jay get to spend everyday with eachother, we're a couple but also best friend, it doesn't go a day where we don't joke around or when he's not teasing me, he's such a teas. haha.
So I love HM's Garden collection they released a couple of years back, this on one of their tops that I'm in love with, it's so summery and romantic and it's flattering as well. This is def. a top that I'm not letting slip out of my grip this summer coming. ;) 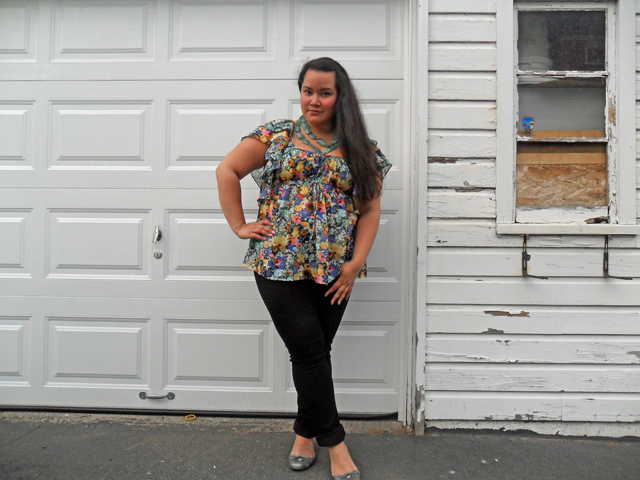