Put a RING on it!

Attending Jason's best friend Dave's sisters wedding reception last night was really really nice! Celebrating the love and commitment together with their family and friends, with good food, drinks and partying. The also had the cutest video of them two, showing pictures from their childhood up until they met and pictures together through out all those years before they got married. I really enjoyed watching it and it made me think about mine and Jason's relationship and our journey together to this date. I did not think I would be married at 25 :D it's crazy. But I'm really happy about it!
I still have to stop myself from referring Jason as my Boyfriend and say Husband instead which feels really weird and I haven't gotten a 100% used to it, and being referred as "Jason's wife" is pretty cool, I feel so old tho. Like I'm a WIFE. like...wife. like...common. haha!
I'll get used to it ;) we've only been married for 2 months, so we're still newly weds.

To save money we opted for a simple and small ceremony, and a simple wedding band that was actually gifted to us (forever grateful for that) with the plans to get a fancy ring later and have a big Wedding in the future when we have more money and time.
But honest to god, I don't need it. I don't need a big wedding, I don't need an expensive ring. Our wedding day even tho it was quick, simple and nothing flashy it was meaningful and forever memorable!
However there's affordable options out there or a gorgeous ring that still can hold the equal amount of value in love and meaning.

I've been spending hours at My Jewelry Box looking at the most cutest rings, I'm a total "ring"-accessory girl so...rings is my thing. And they have so many pretty affordable rings that I think I'm gonna show...hrr....My husband. ;) *wink* so he can add some "bling bling" next to my wedding band. haha. Like this pretty White and Black diamond heart "promise ring" in sterling silver or this Diamond eternity ring in sterling silver! I adore stack-able rings so I'm really looking for something thin and simple yet eye-catching, without breaking my Husbands bank account haha! Those two rings are both less then a $100.
Our 4 year anniversary being together is actually in August so maybe I can ask real nice for a "blingy" anniversary ring (hehe) like this one!

omg, update. I just asked and he was like Duh you can't have two anniversaries. hahaha! Why not? :P one wedding anniversary and one "when we became a couple"-anniversary. No? :P
Here are some photos from our special day that I haven't shared before, mostly because Jason is Photo shy so...don't tell him! But I really want to share a few pics with you all *hearts* 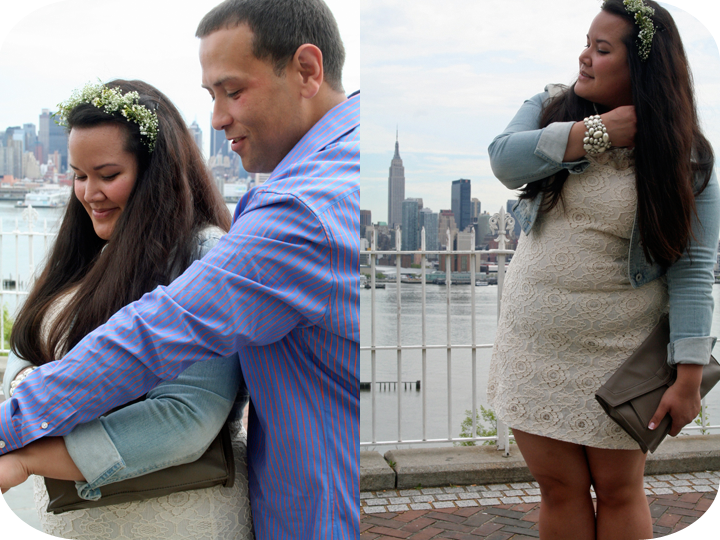 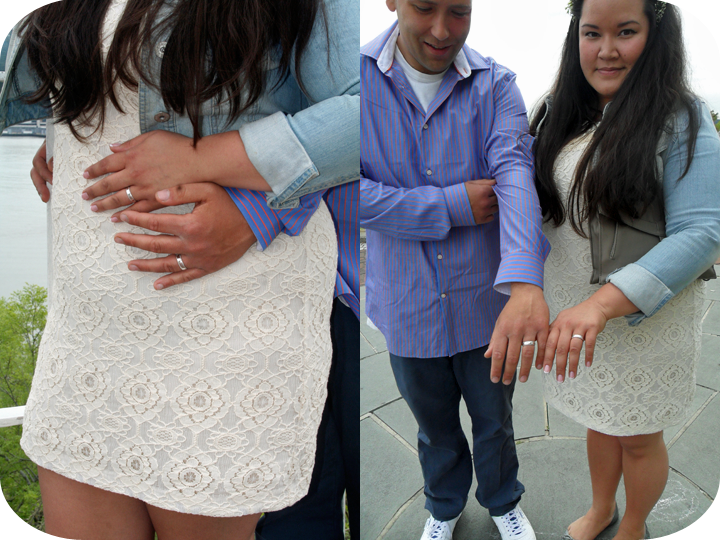 Natalie Mulford said…
Aw, that's so gorgeous! I don't think a big wedding is needed, I think it's much the preference of what the bride & groom prefer. I've always said I don't want a big crazy expencive wedding ring, my sister has been looking at $10 000+ ones and I think I'd be too scared and paranoid about losing it! I know I already was with the ring I had, which was around $400. You can get some beautiful rings that are affordable and gorgeous. I love the heart one!
June 24, 2012 at 7:54 PM

Kristel Knows said…
Aw thanks <3
I feel the same way, I would be so scared to loose it or break it or have it even STOLEN! :O omg, have the ring insured and stuff, it's just too scary. lol. Jason wants to get an expensive right but im like NO lets put that money on a nice vacation or something :)
xoxo
June 24, 2012 at 11:15 PM

Thick Threads said…
aw you guys are so cute! :) congrats on getting married two months ago! :) you aren't old just because you are someones wife, lol! you look super cute in these photos you guys are very cute couple

Unknown said…
Congrats! The most important thing is you're married... Not the way you did it.
I didn't have a big wedding either. People expected me to. Honestly, I can't afford it, and I don't see myself going broke for 1 day.
June 25, 2012 at 4:42 PM